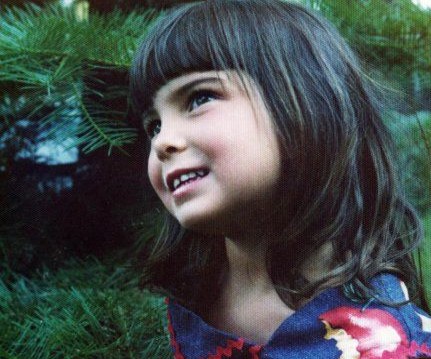 Back in 2008, when I was leaving for my first 4-month trip to India, my friend Zoe gave me a copy of the poem Imagine A Woman, by Patricia Reilly. I was recently cleaning out some drawers and came across my journal from that trip. As I picked up the journal, the card with the poem Zoe gave me fell out. The poem now sits on my refrigerator door to remind me each day of who I am. Thank you Zoe for the beautiful gift. May you all enjoy and celebrate the woman that you are!

Imagine a woman who believes it is right and good she is a woman.
A woman who honors her experience and tells her stories.

Who refuses to carry the sins of others within her body and life.

Who has healed into the present.

Imagine a woman who authors her own life.
A woman who exerts, initiates, and moves on her own behalf.

Who refuses to surrender except to her truest self and wisest voice.

Imagine a woman who names her own gods.
A woman who imagines the divine in her image and likeness.

Who designs a personal spirituality to inform her daily life.

Imagine a woman in love with her own body.
A woman who believes her body is enough, just as it is.

Who celebrates its rhythms and cycles as an exquisite resource.

Imagine a woman who honors the body of the Goddess in her changing body.
A woman who celebrates the accumulation of her years and her wisdom.

Who refuses to use her life-energy disguising the changes in her body and life.

Imagine a woman who values the women in her life.
A woman who sits in circles of women.

Who is reminded of the truth about herself when she forgets.

Imagine yourself as this woman.

You can learn more about the author, Patricia L. Reilly, and her work at Imagine A Woman International.
Inspiring Words